“Creativity, Inc. – Overcoming the unseen forces that stand in the way of true inspiration” is a book by Ed Catmull, the president of Pixar Animation and Disney Animation. Yes, it is a very long title. I came to know about from a list of favorite books mentioned by Mark Zuckerberg, Facebook founder.

What intrigued me the most about this book the is way Ed Catmull talks about his journey in Pixar and Disney – with emphasis on various leadership challenges he faced while ensuring his organizations stay fearlessly creative. Ed talks about various leadership principles by mapping them to the different real world things – movies like Monster Inc, Finding Nemo, Tangled etc – interactions with legends like Steve Jobs – and his own experiences at his university, Lucasfilms, Pixar and Disney.

I strongly recommend this book to everyone who aspire to take up leadership positions at whatever levels. Be it a manager for small team, leader for a larger group or someone running an company (small or large) – this book has some really useful lessons and some very inspiring stories.

The book starts with Ed’s early days where he was highly motivated to created the first computer animated movie. He talks about the (perceived) threat USA faced from USSR in 1950’s and how the United States created its best possible response – ARPA! This entity ensured various educational and research institutes develop solutions that would help USA win a dangerous race it was involved in. I wish India comes up with a similar response to the educational and research challenges we face today. UGC has failed so far – the IIT system is not producing anything useful for the country. We have to invest more in the normal colleges in this country and guide them to produce their creative best.

This book does mention about technical details of animation but those references are very limited to the leadership principle that is being discussed. A reader should not expect any detailed technical account of how a computer animated movie is made.

The author gives a first hand account of how various roadblocks for creativity were solved. The top 3 instances I should quote are:

And then there are so many anecdotes around various movies the studios produced. Again, my top 3 favorites: 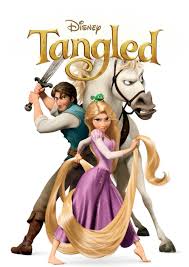 Ed also presents a detailed account of his interactions with legendary Steve Jobs. I was aware that Steve Jobs was associated with Pixar Animations but did not know the nature of is association. Ed gives a heartwarming tribute to Steve. He

also explains what is incorrect in the way Steve Jobs is projected in various books and media accounts. In case you are not aware, Steve Jobs had very to do with the creative outcomes of Pixar but he played a very important role in keeping Pixar alive and ensuring it has a great future by merging it with Disney.

To conclude, this is a great book! Go ahead and read it. Definitely worth your time.

And BIG THANKS to Ed Catmull for sharing with us his views on creativity and how organization should work incessantly towards clearing the roadblock in its path.