Hindi movie industry has seen some fabulous Directors in the past 20 years. Some were rookies who started new and others were more seasoned in the industry. From a commercial success and quality movie making standpoint, there are some Directors we wish continued to make more movies, better movies. Unfortunately, they showed tremendous promise in their initial movies but then decided to stop being a movie maker altogether. I really wish these Directors pick up the mantle again and take Hindi movie industry to even greater heights.

Below are the 3 super star Directors we wish make a super movie in 2018!

Aamir Khan had a sensational 3 year run between 1999 and 2001. He was part of 3 movies that were totally different from each other and also outstanding in their own way – Sarfarosh, Dil Chaahta Hai and Lagaan. And this is where we got to know about the highly talented Director, John Matthew Matthan. Not a new entrant to movie making, John was involved in various movies like the epic Gandhi followed by other noted movies. More on John here – https://en.wikipedia.org/wiki/John_Matthew_Matthan 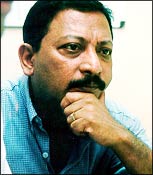 His most important contribution to Indian movie industry is Sarfarosh. Released in 1999, this movie handles multiple challenges faced by India like Pakistan sponsored terrorism, minority discrimination and internal violence. Sarfarosh touches various sensitive topics like the state of migrants in Pakistan, gangsters in Mumbai, violence in rural India, difficulties of being a cop and how terrorism is impacting the live of Indians. This was probably the first movie to clearly show how guns flow into India all the way from Pakistan border to deep jungles of Maharashtra. Barring aside a highly misplaced song (Jo Haal Di Ka), this movie is brilliantly made for its time.

It is really unfortunate the John Matthew Matthan could not repeat this success with his next movie (Shikar) and then eventually disappeared into the darkness. John, Hindi movie industry misses you – it is not too late for you to make a come back!

Ab Tak Chappan (ATC) – this Nana Patekar starrer in 2004 was way ahead of its time. If this movie were to be today, same, cast, same story, same Director – it would still be relevant and highly appreciated by audience. ATC is the story of a cop, brilliantly played by Nana Patekar. And this is where Shimit Amin weaves his magic. A cop movie, gangsters, fantastic cast. Shimit makes use of the story and cast brilliantly. Story is presented in a highly refined way with great cinematic values. By far, one of the best cop movies made in Hindi. 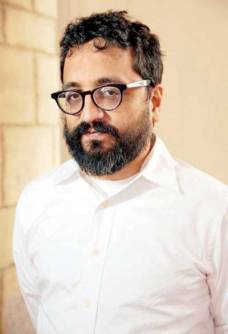 And in 2007, Shimit Amin gave us the best sports movie this country had ever seen – Chak De India (CDI). Well, Dangal in 2017 takes the best sports movie slot now, but CDI was top class. Shah Rukh Khan plays the coach of Indian Women’s hockey team in this amazing sports movie. Over dramatized in some parts, the movie runs on the shoulders of rookie actors playing roles of hockey players. This movie still lists as one of the best performances from SRK. Shimit Amin was yet again presenting us his best work. And then started his decline (or disinterest?) in Hindi movies. One Ranbir Kapoor starred in 2009 did not work and Shimit went completely off the radar.

His absence from film making is a real big loss to Hindi movie industry. Shimit, where are you? We are sure there is so much of great film making left in you. Time to make a comeback!

More on Shimit Amin at https://en.wikipedia.org/wiki/Shimit_Amin

Dil Chahta Hai (DCH) was a rage when it was released in 2001. Total, total rage among youngsters. Funnily, it was a story of 3 young men in early 20’s played by 3 actors in their mid 30’s. It showed how the filthy rich kids in this country have fun, their love stories and complete fun. Lead actors sported hair styles that were just so new at that time. Everything about the movie was highly refreshing. And the man behind the whole show – Farhan Akhtar. 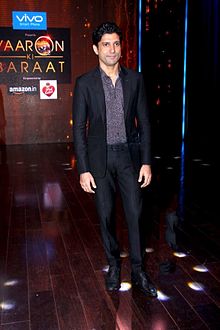 Farhan followed up DCH with another brilliantly made movie – Lakshya in 2004. This Hritik Roshan starrer was not as successful as DCH but is an extremely well made movie. Story of a young Delhi boy joining the Indian Army and fighting for the nation during Kargil war. Beautifully shot, exceptional music and great performances by lead actors made this a memorable movie. At this stage, everyone believed Hindi movie industry now has a Director who can make blockbusters without comprising on the quality of his films. More on Farhan at https://en.wikipedia.org/wiki/Farhan_Akhtar . And then, Farhan Akthar started his downward spiral.

His decision to remake old Hindi movie Don, was really puzzling. No one understood why someone as talented as Farhan Akthar would even do such a silly thing. He even followed up Don-1 with a Don-2. Absolute disaster of movies. These failures, rather than making him think and fix where the problems are, made Farhan venture into singing and acting. And he is really bad in both.

Farhan, please, you are such a phenomenal Director. Can you please start directing movies again? DCH and Lakshya were the best movies of their times. We will just think whatever happened after that as a bad dream and will be really excited to watch your next directorial venture! Please come back, Director Farhan!